Hamburg Messe und Congress (HMC) is not only active in the Hanseatic city: In 2017, it organized a maritime trade fair together with a partner company in Mumbai, India, arranged joint participations around the world and managed the German Pavilion at the EXPO in Astana, Kazakhstan.

A “small” SMM in India

Together with its partner Informa Exhibitions, HMC 2017 hosted the second Inmex SMM India, South Asia’s most important maritime trade fair and conference, at the Bombay Convention & Exhibition Center in Mumbai. 300 exhibitors from 23 nations presented their products and services to an international trade audience.

HMC assists exhibitors around the world

Whether Astana, Dubai, Paris, Mumbai, Nairobi, Singapore or Fort Lauterdale: The foreign department of HMC has extensive experience covering all continents and offers its customers comprehensive service for their appearances abroad. In 2017, the team organized and implemented 17 joint participations on its own initiative or on behalf of the Federal Ministry of Economics and Energy (BMWi) – supporting several hundred exhibitors across these events. The largest project, however, was the organization of the German Pavilion at the EXPO 2017 in Astana, which took place under the motto “Energy of the Future”. The German Pavilion “Energy on Track” presented cutting-edge technology via various demonstrations and hands-on exhibits and was one of the most popular pavilions with around 600,000 visitors. 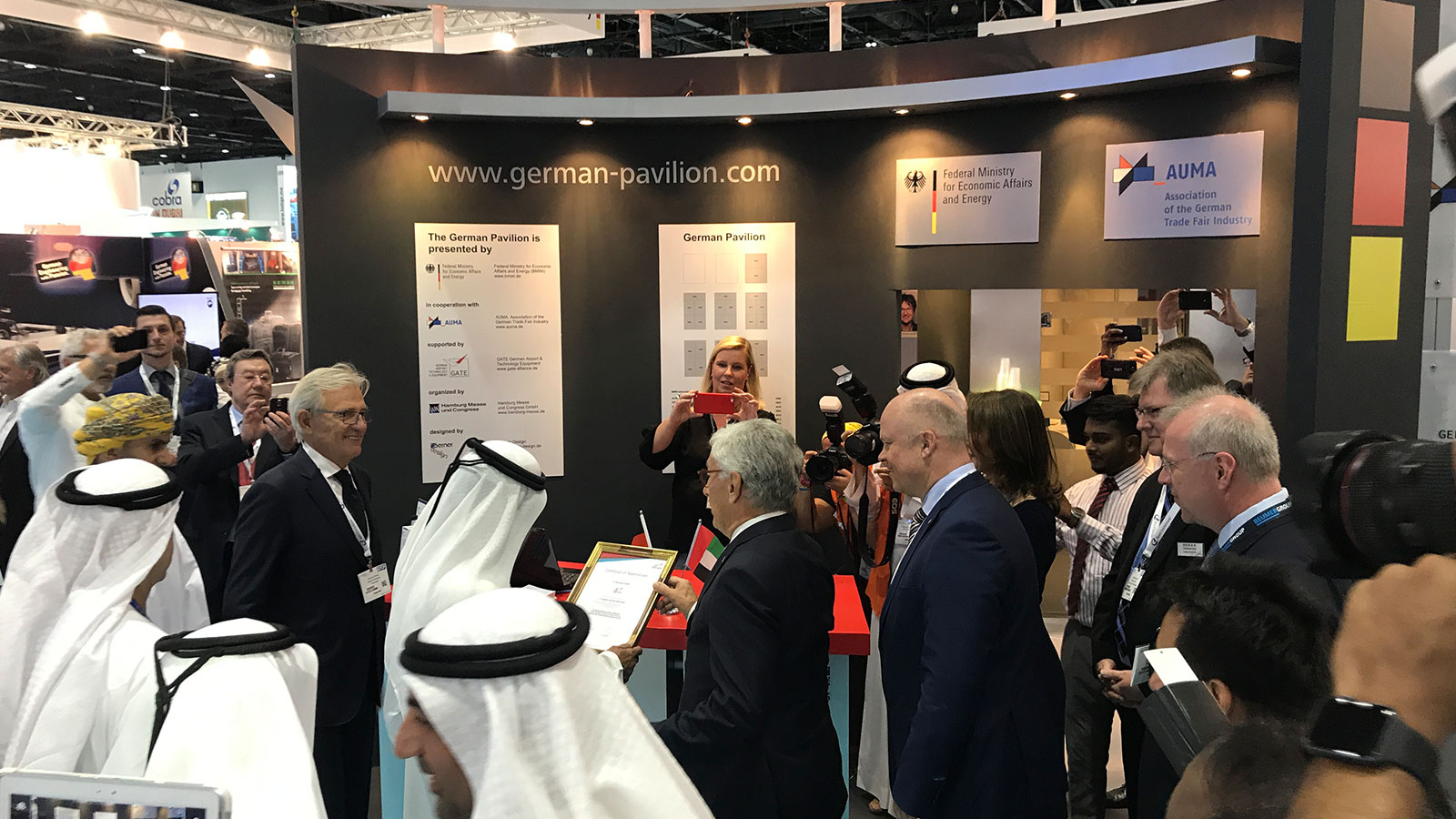 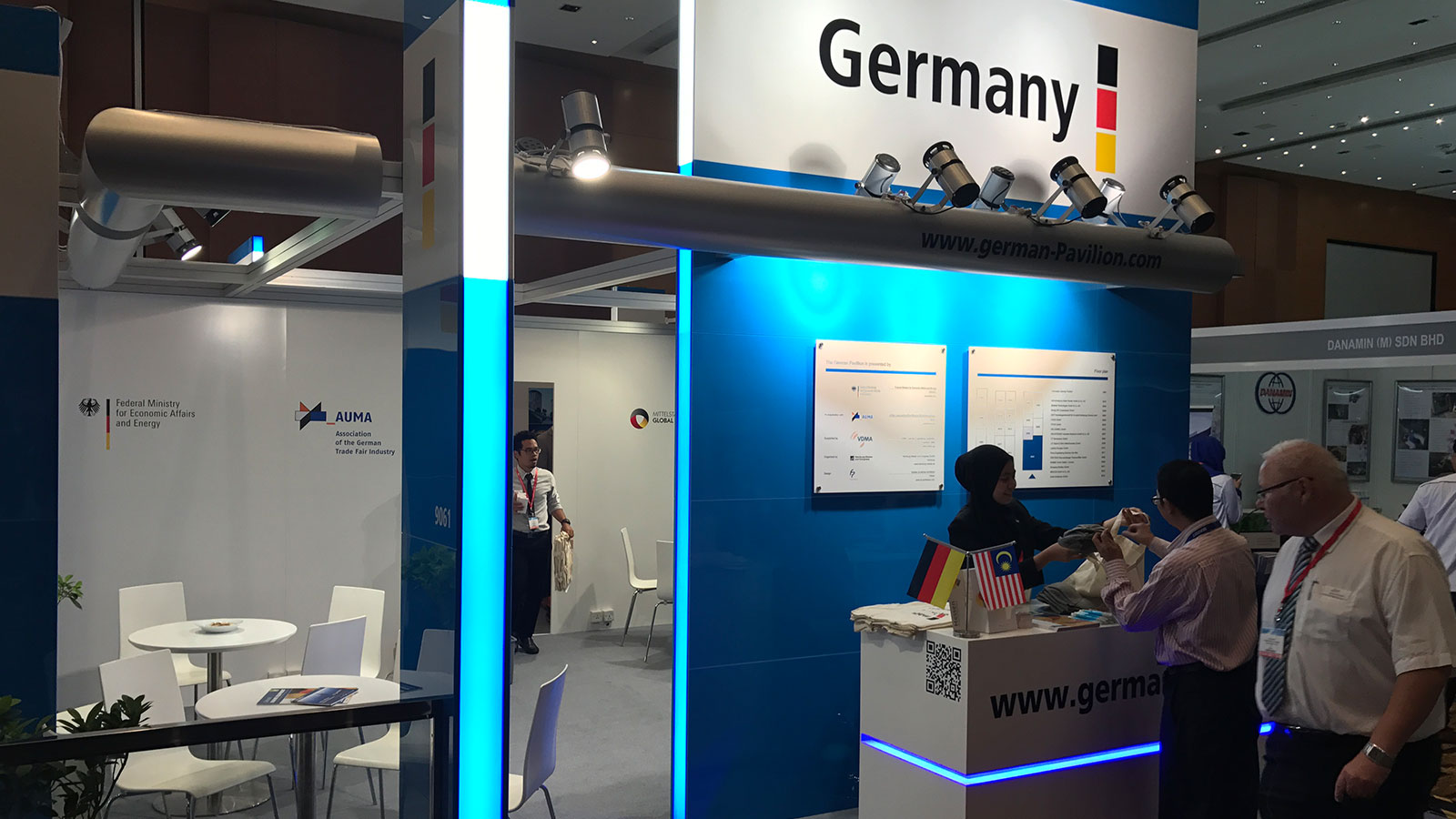 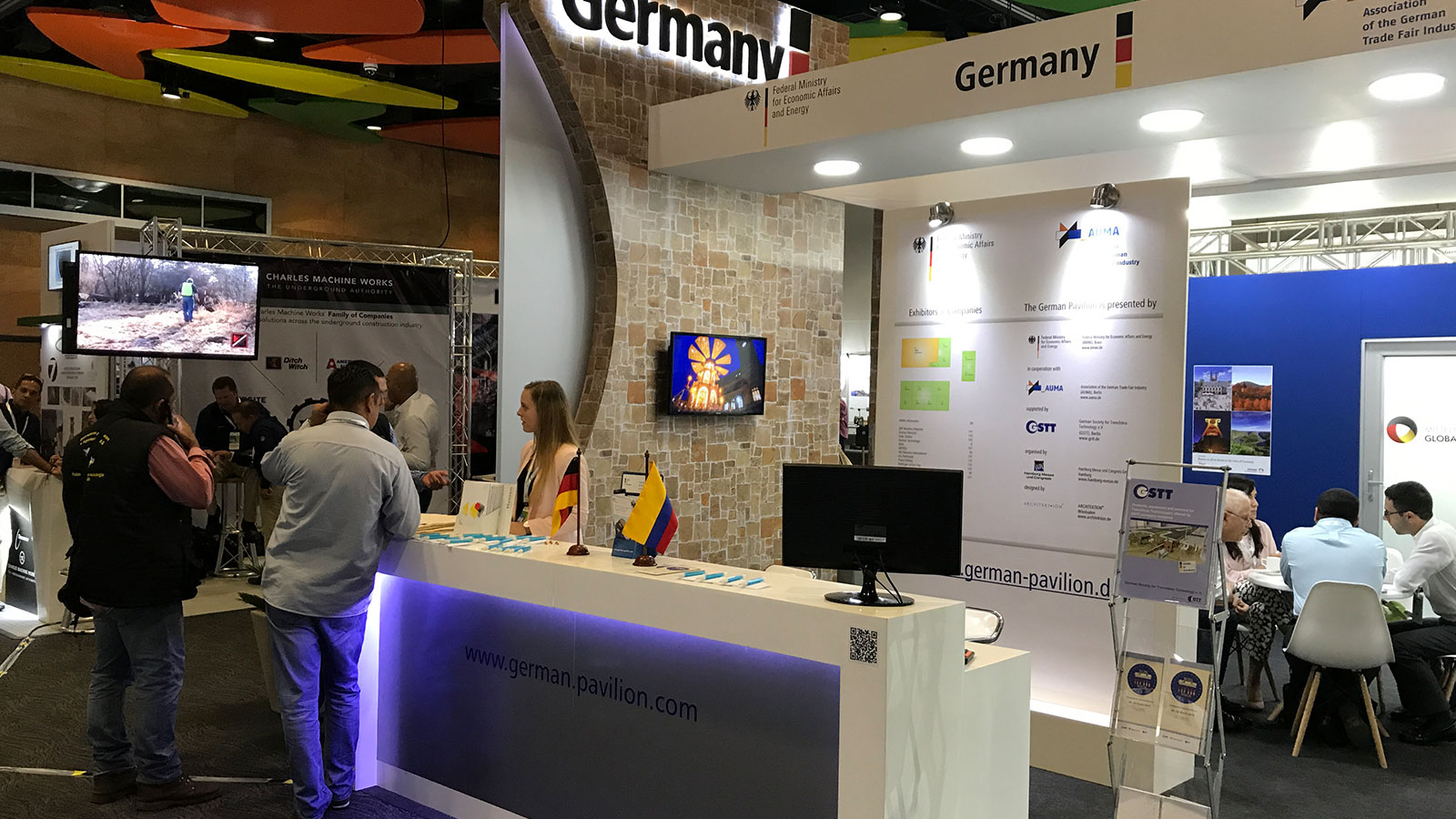 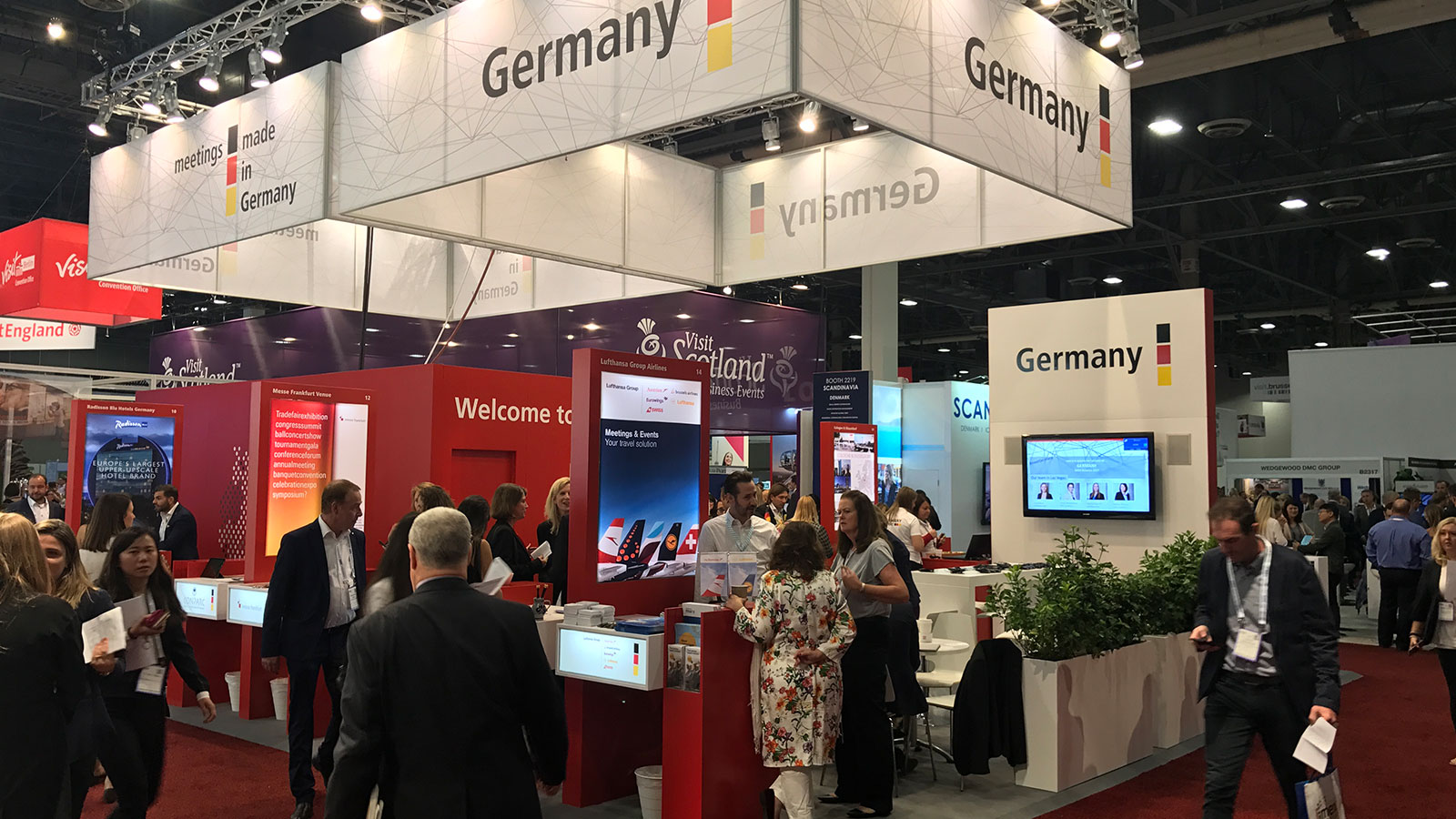 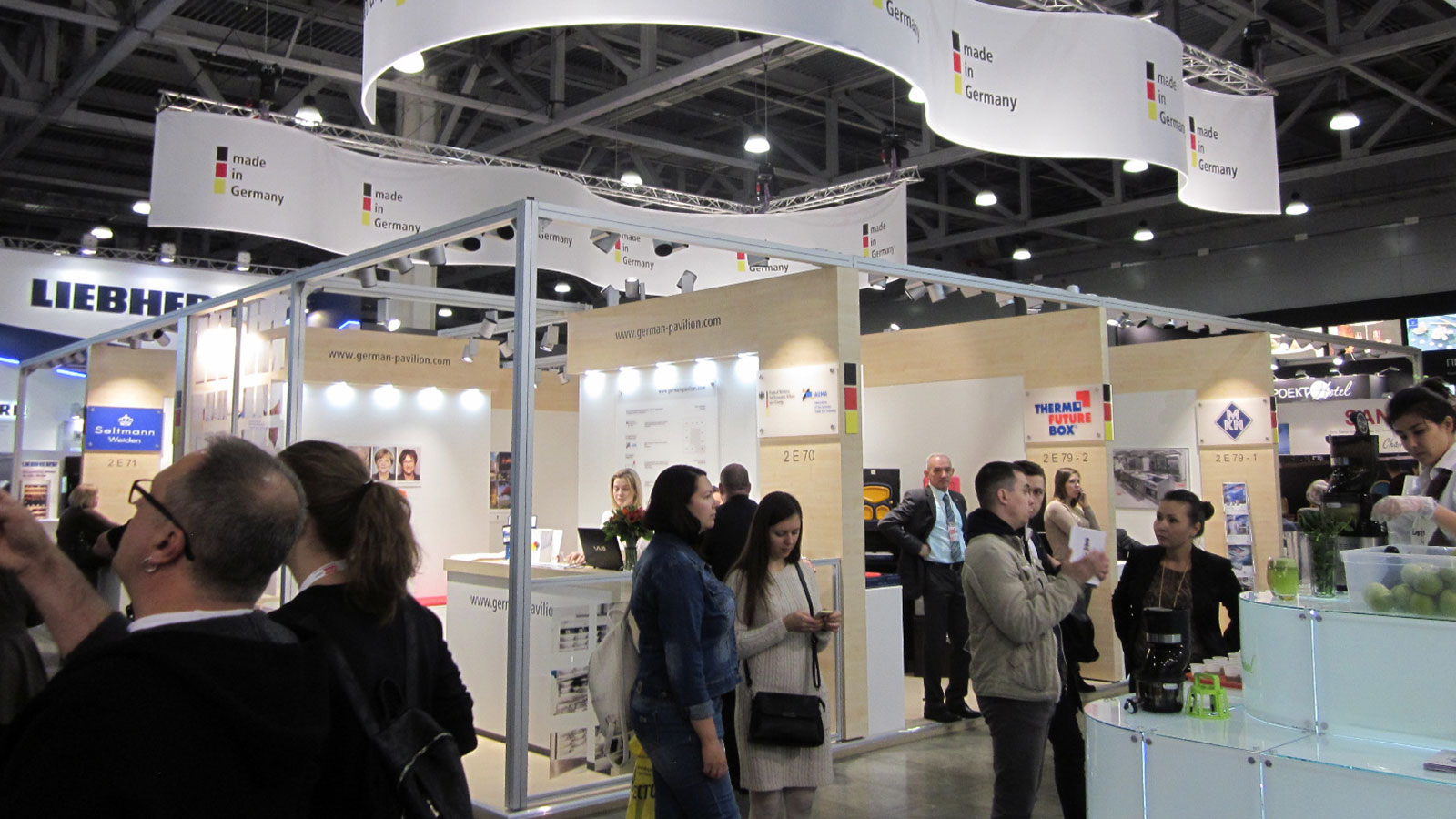 The pavilion also received high praise from the experts: The Bureau International des Expositions (BIE) presented the German Pavilion with the Gold Award for the best implementation of the EXPO theme. In addition, the pavilion received three awards from the renowned US trade publication “EXHIBITOR magazine”.

After managing the German Pavilions in Zaragoza (Spain) in 2008 and Yeosu (South Korea) in 2012, the Hamburg House at the Expo 2010 in Shanghai and the German participation in Antalya (Turkey) in 2016, Astana was HMC’s fifth EXPO participation. And it won’t be long before the sixth: The Federal Ministry of Food and Agriculture (BMEL) named HMC as the organizer for the German Pavilion at the Horticultural EXPO 2019 in Beijing (People’s Republic of China). The exhibition will welcome visitors from April 29 to October 7, 2019, under the motto “Live Green, Live Better”. HMC will have to work hard to live up to its reputation, as all of its previous EXPO appearances have received excellent reviews and numerous awards.

“We are proud to have won the Gold Award and the EXHIBITOR magazine awards. They show that we have found the right way to present complex topics in an easily understandable manner with our interactive approach with hands-on exhibits.”
Dietmar Schmitz (BMWi), Commissioner of the German Pavilion